In 1932, the German physician, Gerhard Domagk, confirmed the anti-bacterial action of a new dye developed by the company, IG Farben. Seven years later, Prontosil earned him the Nobel Prize, but, because of the Nazi regime, he was unable to accept it. Today, a South African, Tebello Nyokong, is developing new treatments for cancer using substances usually used for dying denim jeans. These discoveries are not mere anecdotes; they mark a new phase in a highly colourful science – chemistry. The articles in this latest issue of the UNESCO Courier will enable everyone to form a more complete picture of progress in this science.

Chemistry is so all pervading in our lives, that it often passes unnoticed, says Jean-Marie Lehn, French Nobel Prize laureate in chemistry in 1987. “A world without chemistry,” he says, in our Introduction, “would be a world without synthetic materials, and that means no telephones, no computers and no cinema […] without aspirin or soap, shampoo or toothpaste, without cosmetics, contraceptive pills, or paper – and so no newspapers or books, glues, or paints” (p.8).

After tracing the early history of chemistry, which “began the moment our ancestors became human,” (pp. 11-16), we take a look at its applications, particularly in medicine. This is an opportunity to inquire about the interactions between nature, research and industry, from South Africa to Australia, Brazil, China, Ethiopia and India (pp. 17-28).

Chemistry, though, is Janus-faced: one face embodies the prodigious benefits to humanity; the other the harm caused by pollution. The disaster that struck Hungary last October sounded the alarm once again (p. 35). All the more reason to focus on the solutions chemistry can offer to the pollution it has caused.

Once again, we can travel from China, and Europe, to the USA and New Zealand, to discover, in the company of Philip W. Boyd and Klaus Lackner, some attempts to tackle climate change (pp. 32-33).

An encouraging sign is that industry is “acting much more responsibly” (p. 31), according to Ole John Nielsen (Denmark), a member of the Intergovernmental Panel on Climate Change (IPCC). Chemistry is becoming this new science that Akira Suzuki (Japan), Nobel laureate in Chemistry in 2010, is dreaming of (pp. 39-41).

New generations of young chemists will undoubtedly steer it on the right course (pp. 42-43). As a supplement to these special features, the Courier also gives a glimpse of the UNESCO World Science Report 2010, commemorates the anniversary of the creation of CERN and looks at culture, as the International Year for the Rapprochement of Cultures (2010) draws to a close. 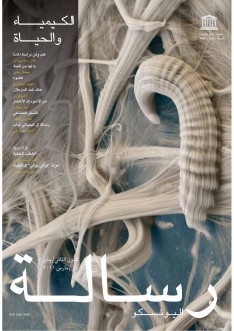